South African politician and billionaire, Tokyo Sexwale, 69, got married to his long-time partner Natacha da Silva, 31, over the weekend in a lavish ceremony.

Pictures and videos of their wedding were shared by friends and family who attended the nuptials in Johannesburg.

Da Silva’s father said to be younger than his new son-in-law, walked his daughter down the aisle. 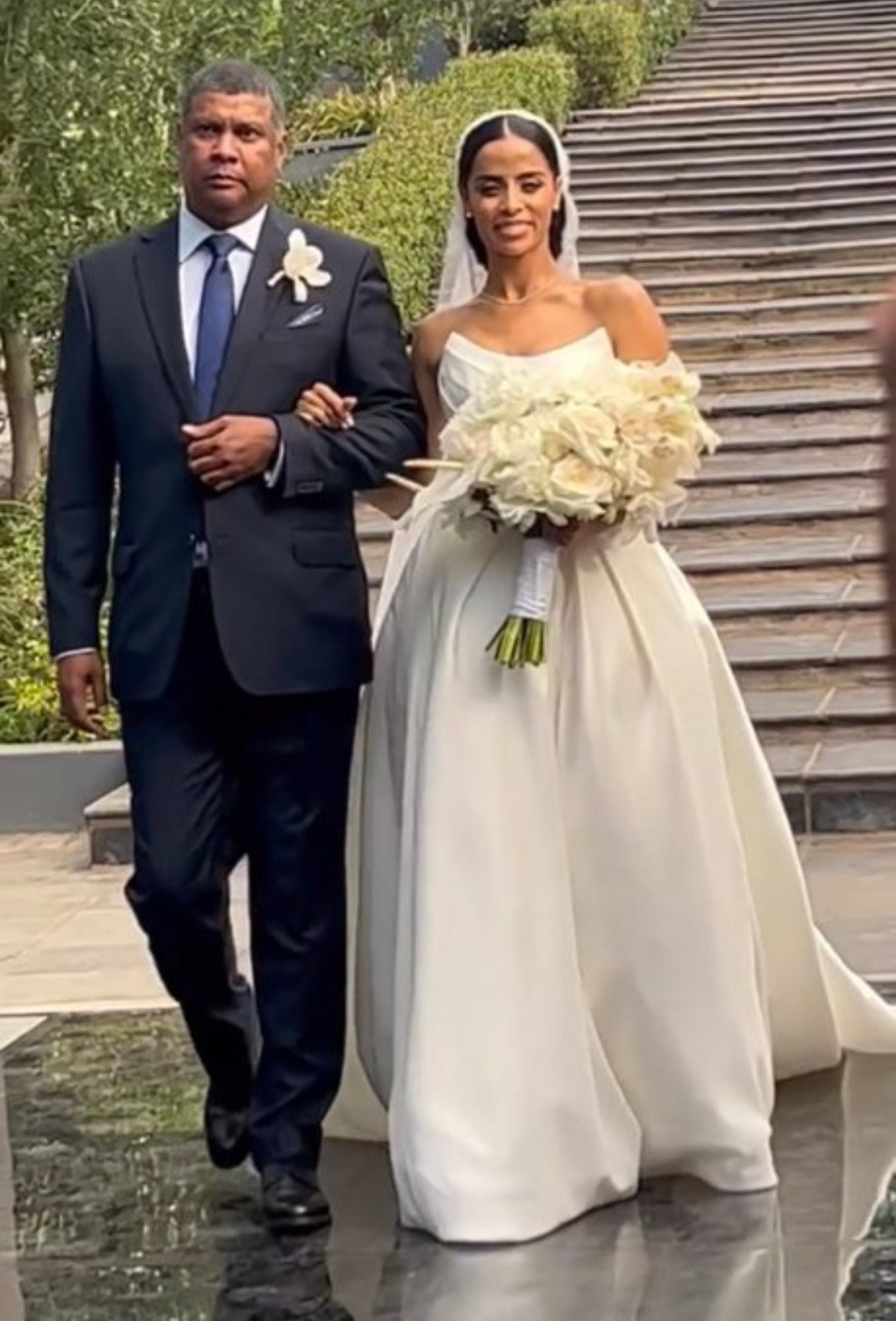 The couple reportedly started dating when Da Silva was a 22-year-old law student and model in 2013. Sexwale was 60 at the time. 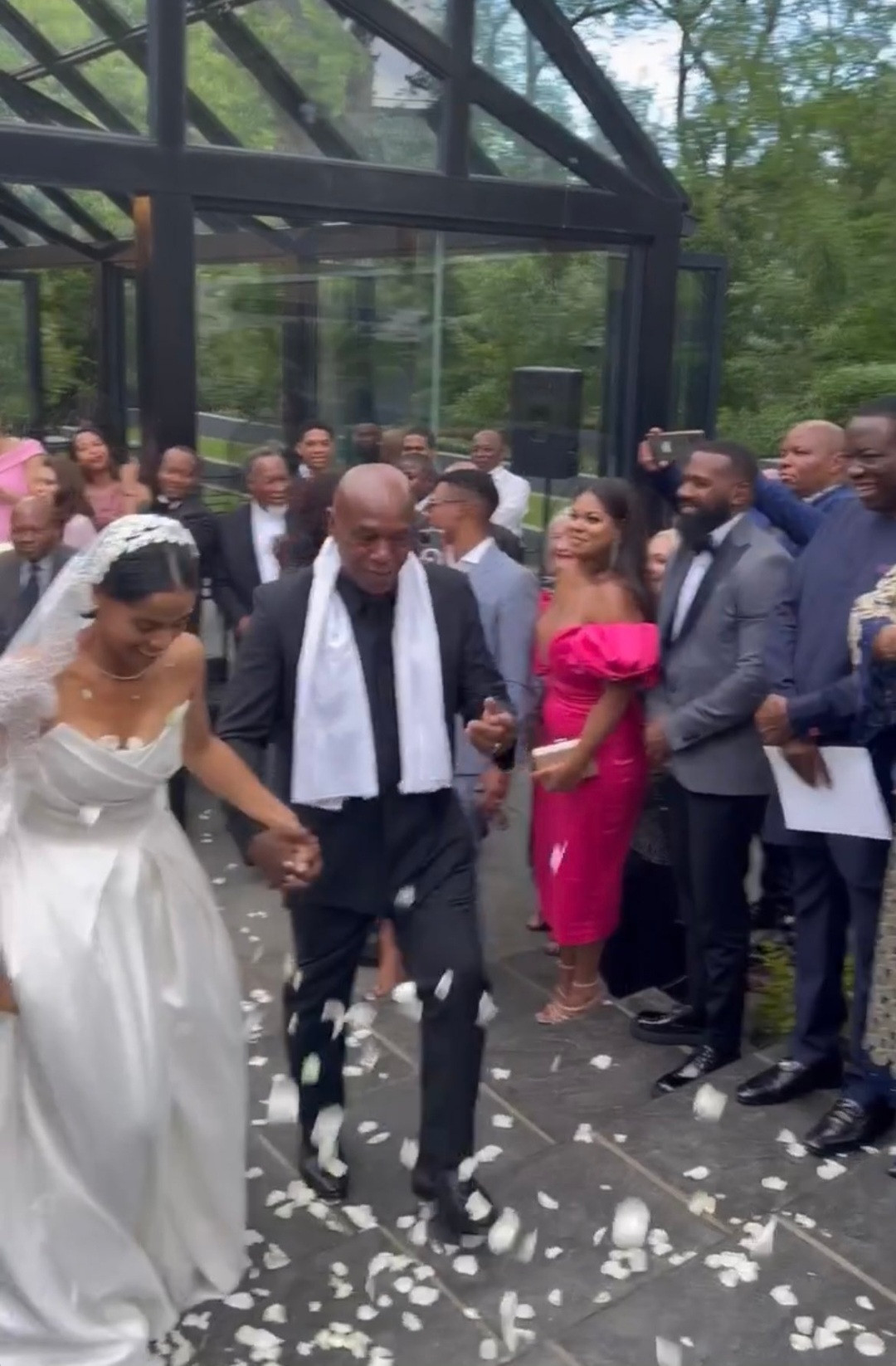 In one picture Lethoko is posing behind the couple’s wedding boards. One read: “Welcome to The Wedding of Natacha and Tokyo, 5 November.”

The events started around 3 pm and ended after 9 pm.

Da Silva’s bridesmaids wore pink and guests wore their best formal glam. Her father walked her down the aisle.

Sexwale is estimated to be worth more than R3 billion. His marriage of more than 20 years to Judy van Vuuren ended in an acrimonious divorce in 2013. 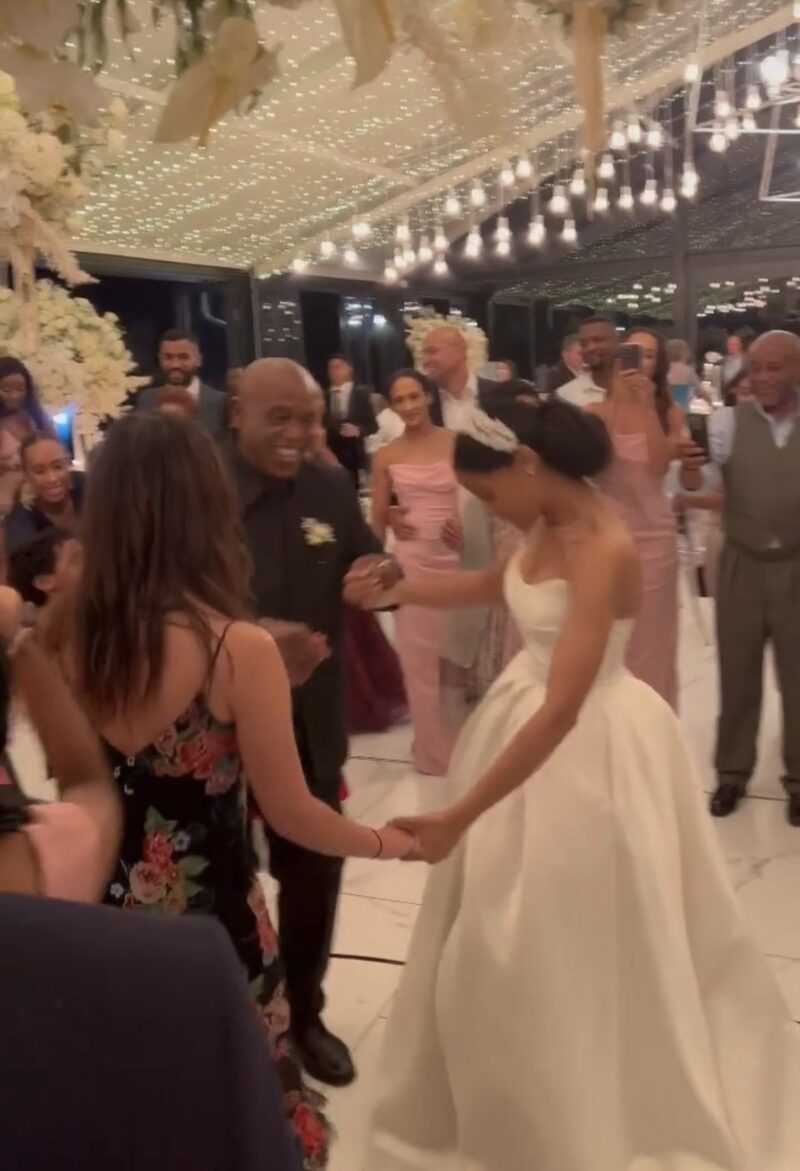 The duo has continued being seen together over the years. In 2015 they attended model Rosette Mogomotsi’s wedding in the Western Cape. The following year they welcomed a baby boy and in that same year, Natacha was in a picture of the couple in their master bedroom during a feature on Sexwale’s riverside home in Dinokeng for Top Billing.