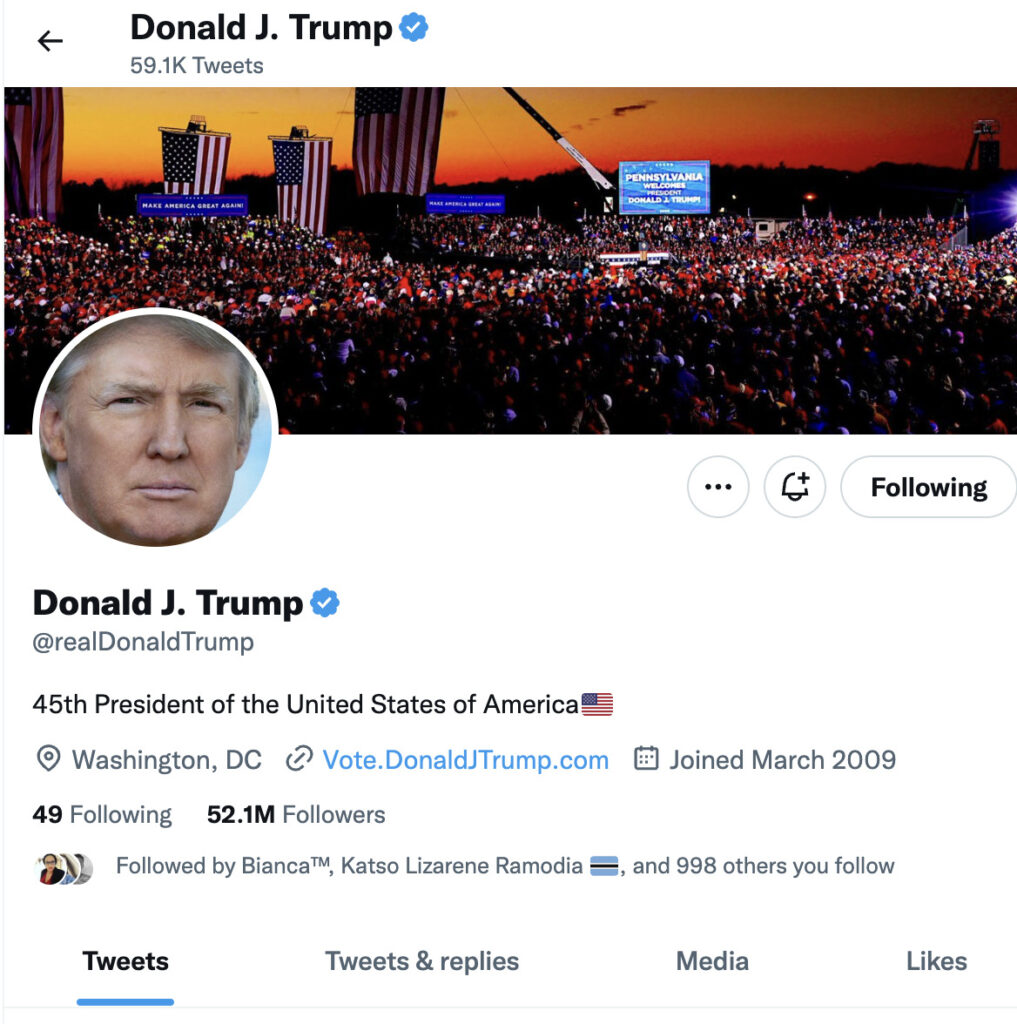 “The people have spoken. Trump will be reinstated,” Twitter’s new owner Elon Musk tweeted Saturday night. “Vox Populi, Vox Dei,” Latin for “the voice of the people is the voice of God.”

Donald Trump on Saturday said he had no interest in returning to Twitter even as a slim majority voted in favor of reinstating the former U.S. President, who was banned from the social media service for inciting violence, in a poll organized by new owner Elon Musk.

Slightly over 15 million Twitter users voted in the poll with 51.8% voting in favor of reinstatement.

Slightly over 15 million Twitter users voted in the poll with 51.8% voting in favor of reinstatement.

“The people have spoken. Trump will be reinstated,” Musk tweeted.

Trump’s Twitter account, which had over 88 million followers before he was banned on Jan. 8, 2021, began accumulating followers and had nearly 100,000 followers by 10 pm ET Saturday. Some users initially reported being unable to follow the reinstated account on Saturday evening.

Trump had appeared less than keen earlier in the day.

“I don’t see any reason for it,” the former president said via video when asked whether he planned to return to Twitter by a panel at the Republican Jewish Coalition’s annual leadership meeting.

He said he would stick with his new platform Truth Social, the app developed by his Trump Media & Technology Group (TMTG) startup, which he said had better user engagement than Twitter and was doing “phenomenally well”.

Trump, who on Tuesday launched a bid to regain the White House in 2024, praised Musk and said he had always liked him. But Trump also said Twitter suffered from bots, and fake accounts and that the problems it faced were “incredible”.