A woman who poisoned her former boyfriend’s oatmeal and strangled him with his tie over the custody of their child has been sentenced to 115 years in prison.

An Indiana woman who poisoned her ex-boyfriend’s oatmeal and then strangled him with his tie was sentenced to more than 100 years in prison.

Heidi Marie Littlefield, 42, was found guilty of murder in August as well as conspiracy to commit murder in the death of her ex-boyfriend Francis Kelley, WXIN-TV reported. 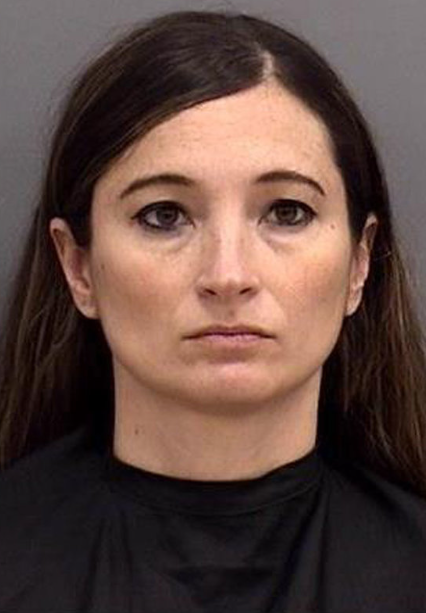 Heidi Marie Littlefield, 42, was found guilty of murder and two counts of conspiracy to commit murder, during a seven-day trial in Hamilton County, Indiana, US.

Francis Kelley’s body was found in January 2021, and the prosecution said he had been strangled while acute fentanyl intoxication was listed as a contributing factor to his death.

Mr. Kelley’s mobile and iPad had text messages which showed that Heidi Littlefield had been to his home in the days before he was found dead, it is reported.

“The two were in the middle of a custody battle regarding their two-year-old child in common,” the affidavit said.

In one text message, he questioned whether she had tampered with his oatmeal, according to the court document.

“Did you do something to the oatmeal that was in my fridge?” he asked her, reported the Indianapolis Star.

It was alleged by the prosecution that Littlefield had thought up multiple ways of killing Mr. Kelley.

She decided on buying fentanyl from drug dealers in Ohio with her 23-year-old daughter Logan Runyon, it is claimed.

She then asked her daughter to enter the victim’s house and put the fentanyl in his oatmeal.

Logan Runyon gave evidence saying that they tried three times to poison his food and that on the third time, on January 14, 2021, they entered Mr. Kelley’s home the following day and found him struggling to breathe while face-down on the floor, it is reported.

The daughter said that her mother, Littlefield, wanted her to break his neck which she couldn’t do due to Kelley’s size.

And it was at that point it is claimed that Littlefield went upstairs, grabbed Mr. Kelley’s tie, and tightened it around his neck.

Three days later he was found dead by police.

It is also alleged that Littlefield gave Runyon’s former boyfriend Robert Walker $2,500 to hire a hitman but the couple spent the money on drugs, clothes, and hotels, reported the Indianapolis Star

As part of Runyon’s plea agreement, she agreed to testify against Littlefield.

Asked why she had helped her mother commit the murder she told a prosecutor: “Because I love her and because we never really had a good relationship.”